Lego Dimensions is a new concept in gaming that brings together the real world of Lego and the digital video game world in a great gaming experience. During the game there are certain Lego elements that need to be built in real life and then used in the game. 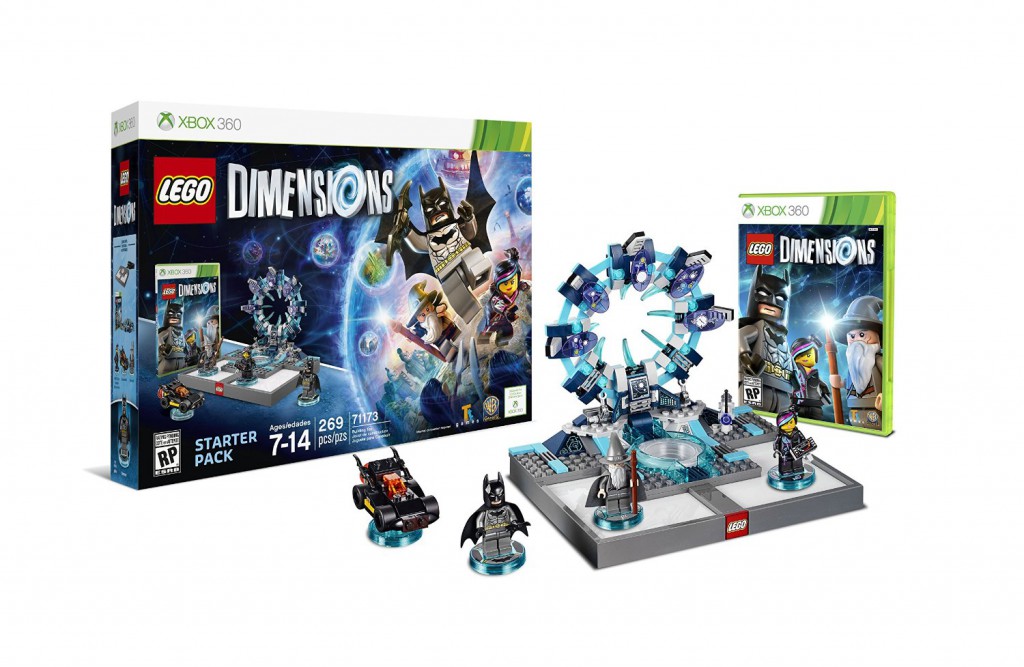 The video games uses a Lego game-pad to bring the real world and the video game world together. The characters, vehicles and other items built in the real world are placed on the game-pad to introduce them into the game. These types of games are called toys-to-life games; the physical toys that are built come to life in digital format in the game when they are placed on the game-pad.

While the video game itself may not be too different from other Lego video games, the introduction of the real-world play features makes it a very different and more hands-on experience.

The story line of the game is based on an evil character, Lord Vortech from the planet of Vorton, who wants to take over the Lego multiverse. He needs some important things from all the different Lego worlds to grant him the power he needs and he plots to get these by opening numerous portals across the multiverse, recruiting different villains along the way to help him with his scheme. The portals accidentally suck up friends of Batman, Wyldstyle and Gandalf, so they team up to travel the multiverse and put an end to Lord Vortech’s evil plans.

Lego Dimensions is the same as other Lego games in that the game controls are the same, you collect studs as currency and each character has their own special abilities. 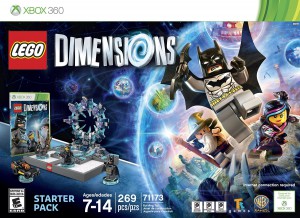 A Lego game with 269 Lego pieces

It is a little different in that you can only play with the characters that you physically have and are willing to buy. You do not need additional characters to play through the main story, but additional game content is made available through the addition of certain game packs. Different characters have different special abilities that are needed in certain parts of the game.

The big difference between this and the previous Lego games is the introduction of the Lego Gateway. This is the game portal that allows you to bring your characters into the game by placing them on the game-pad. Up to seven characters and / or vehicles can be placed on the game-pad at any one time. The portal is also a key component in solving in-game puzzles, powering up mini-figures and giving you hints during the game.

The Worlds of Lego Dimensions 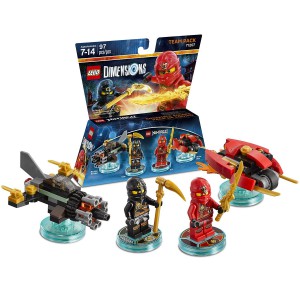 The game has 14 different Lego worlds (dimensions) and each world has its own characters. The worlds you will find in the game are:

Apart from playing through the main story there are also more play options in each of the worlds that can be unlocked if you have a character from that world. This includes Lego open world play, some side quests and ways to earn more studs.

Who is it for?

Teenagers who enjoy Lego games will enjoy the challenges offered by this game and the different experience that it offers by combining both the real world play and the video game.

And for the adult Lego game fan – you can add this one to your collection.

What do you need to get started?

The pack includes an instruction booklet to build the 3 characters and then you have to start playing the game to get the in-game instructions for building the Portal.

The main game story can be played through with just the items included in the starter pack.

Adding more options to the game

The Lego Dimensions Level Packs add more mission-based game levels. These are unlocked by placing the character, vehicle and gadget toys on the game-pad. The characters included in the pack also give you access to the additional play options in the world that they belong to. There are currently 6 level packs available.

There are also the Lego Dimensions Fun Packs that add more characters and unlock the additional game-play options in their respective worlds. Each pack includes 1 mini-figure and 1 vehicle or gadget. There are 24 of these packs available.

Finally there are the Lego Dimensions Team Packs. These have the same function as the Fun Packs, but include 2 mini-figures and a vehicle or gadget for each of them. There are 4 team packs to choose from.

How much does Lego Dimensions cost?

You have to have the Starter Pack, it is the main part of the game and nothing works without it. You can play through the main story with just this pack but you would only be able to unlock the 3 worlds related to the included characters; Batman, Wyldstyle and Gandalf. 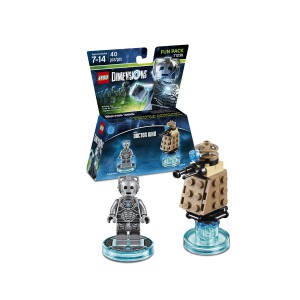 To expand the mission-based play options you need to add Level Packs. The Fun Packs and Team Packs can be used to add characters and unlock their respective worlds in the game.

You do not need to buy all of the add-on packs, but they will definitely enhance the game experience.

This is a game worth owning and the mix of real-world play and video game play gives a different gaming experience to most other games available.

To get the most out of the game and not have to buy all the packs you will want to choose the additional items carefully. I would look at getting the level packs to get a more complete experience of the main game with the additional levels. Then look at buying packs that add characters for worlds that have not been unlocked by one of the other packs.

Ready to have some fun? Click the button below to go to Amazon now.

If you have any questions, feel free to leave a comment and ask.

2 thoughts on “What is Lego Dimensions?”