I have done a couple of articles about the Lego train sets and the Lego City train station. Now, to round off the topic of Lego trains I will be looking at the available options of Lego train tracks.

The one downfall with the 2 Lego train sets that come with tracks is that you only have an oval track. This can get a bit tedious and the options below will allow you to both lengthen and change the shape of you track. You might know that the Horizon Express train does not come with any tracks so you can consider these options for use with that train set.

These tracks work with the trains from both the Lego City and Lego Creator theme sets. They do not work with the older 9V trains that ran on an electrified track. This also means that you can make the tracks as long as you want (or as long as your budget allows). Just remember that these trains need to have line of sight with the remote control. If they disappear behind a large obstacle, such as a sofa, they will stop when they cannot “see” the remote.

Let’s take a look at the track sets in a little more detail. 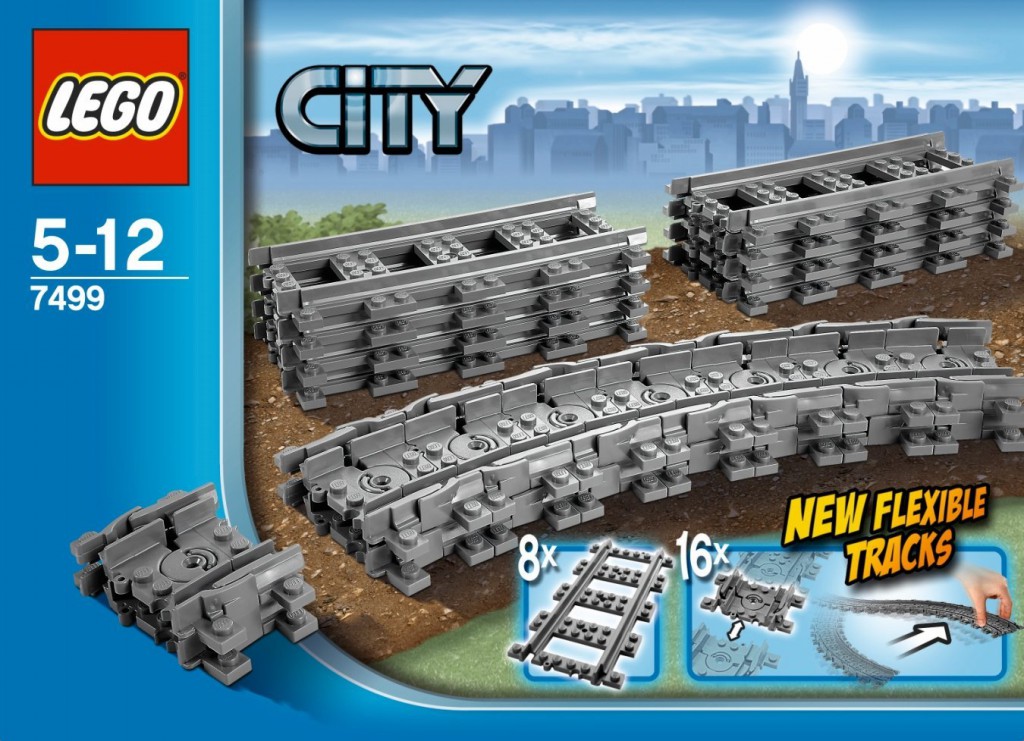 This is a good way to expand your train track. Now you can make your trains go further. Add more fun by joining up train tracks and having more than 1 train on the track at the same time.

The flexible tracks can be moved into many different positions allowing you to create gentle or sharp curves. Now you can fit your track into those awkward spaces. These are short pieces and any number of them can be joined together or joined to the straight sections. The 4 straight section are very useful to make your track longer.

These tracks are the same type as those used on the other Lego City train sets and will fit together perfectly. They are not electrified and will not work with the older type of train sets that provided power to the trains through the track.

Some customers did mention that these tracks were a little noisy compared to the regular tracks when the trains travel over them. 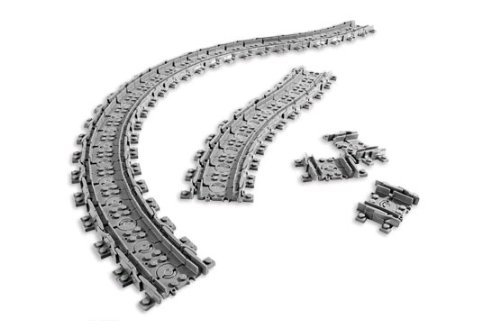 A large set of flexible tracks

(since writing this post, this set has been retired by Lego)

This set has enough flexible track pieces to make a complete circle. This means that it can be used as a track on its own, but it would work a lot better if it was paired with a set that includes straight and curved pieces. The advantage of these flexible tracks is that the track can be moved into different positions, even when the train is running on them.

They will add both track length and flexibility to the train tracks that come with the Lego City train sets. Add these in and you will have a really awesome track.

I have seen a complaint about these tracks not having the same traction (grip) as the regular tracks. This is probably because of the gaps in the track that the train actually runs on. Another complaint was that the tracks can move too much when they are used on a relatively smooth surface (like a table or tiled floor) and need to be nailed down or stuck onto the surface.

My suggestion, to help with both of these issues mentioned above, is not to use too many of these pieces together in the same section of the track. The set that only has 16 of these track pieces did not get the same complaints. If they are used between the regular track pieces there will be less chance of these problems occurring.

As with the other track sets, these work with the newer trains and not with the older 9V trains. 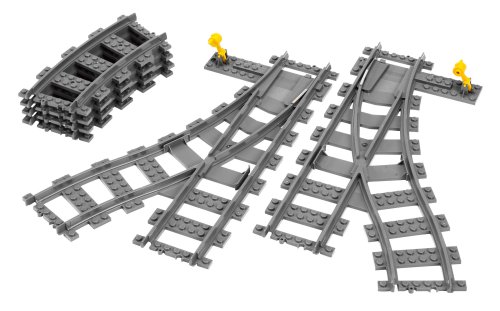 This set is a great option to expand the tracks that come with the train sets. Now you can rescue the trains from that boring oval track and change it up a bit. The 2 switch tracks are opposites: one can switch to the left and one to the right. You can change the direction a train will take just by flipping the lever.

Again, this set will not make a complete track and is meant as an add-on to the other tracks. It will work with the Lego City and Lego Creator trains, but will not work with the old 9V trains.

All of the above sets are good, depending on what you want to achieve. Keep in mind that only the Flexible Train Track (#8867) has enough pieces to create a complete circular track. All of these sets are intended to be used with one of the other Lego train sets.

Which set are you most likely to buy as an add-on to a train set? Leave a comment below and let me know your thoughts.